Here are some photos of a visit home at Thanksgiving.

My Dad and I almost always walk together in a park in my hometown named after my mother's grandfather who gave land to create the park.  We usually always sit at the same bench half way threw the walk.  Nearly every time we walk in the park my Dad complains of his hips hurting and I explain that the more he walks the less his hips will hurt, and he always thanks me when we are finished. 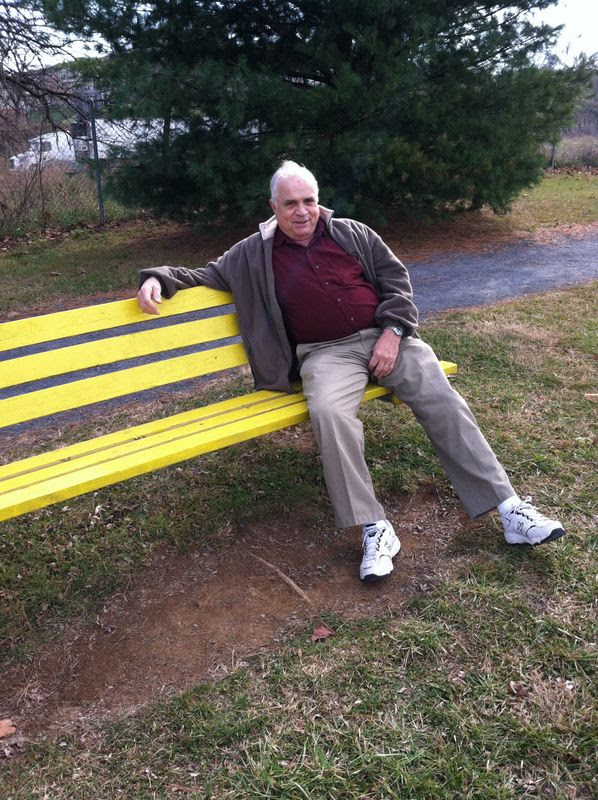 Here is a photo of my mom playing Angry Birds, and one of some herbs she was drying on the counter 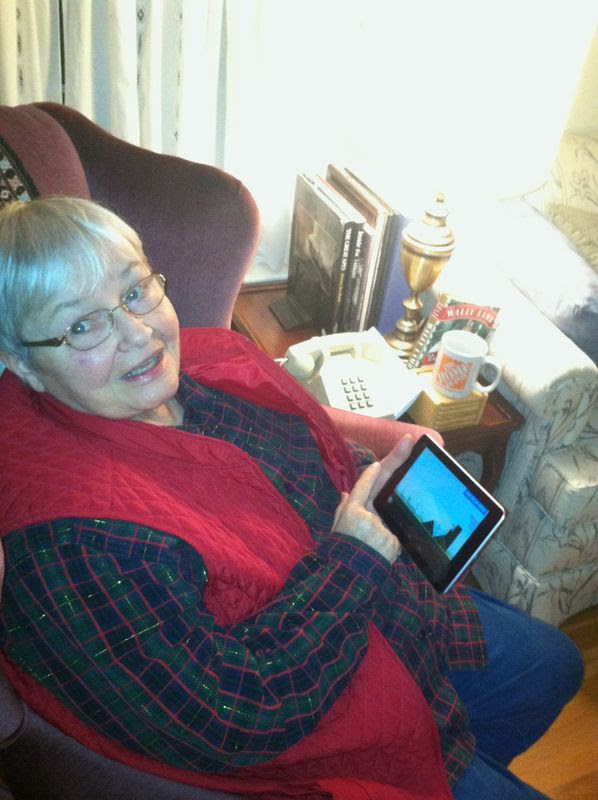 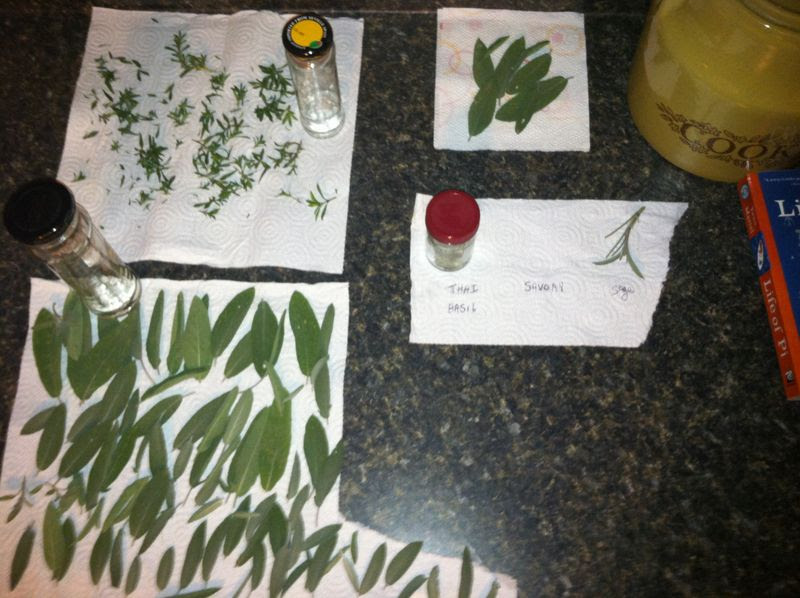 
One afternoon my Dad and I decided to drive to the top of Reddish Knob, a very tall mountain top just to the west of my hometown.  Reddish Knob is one of the tallest mountain peaks in Virginia.  Rising 4,397 feet from sea level, it is also the highest point south of the Adirondacks in New York.  And it happens to have a road that goes all the way to the top leading to a parking lot that feels like it is floating in the sky with amazing 360 degree views into Virginia and West Virginia.

We left with only a couple hours of daylight left in the day so by the time we got to the top of Reddish Knob it was nearly dusk and the mountain cast a deep shadow on the rolling hills below.  Here is a photo of my dad using my binoculars to look east towards our town. 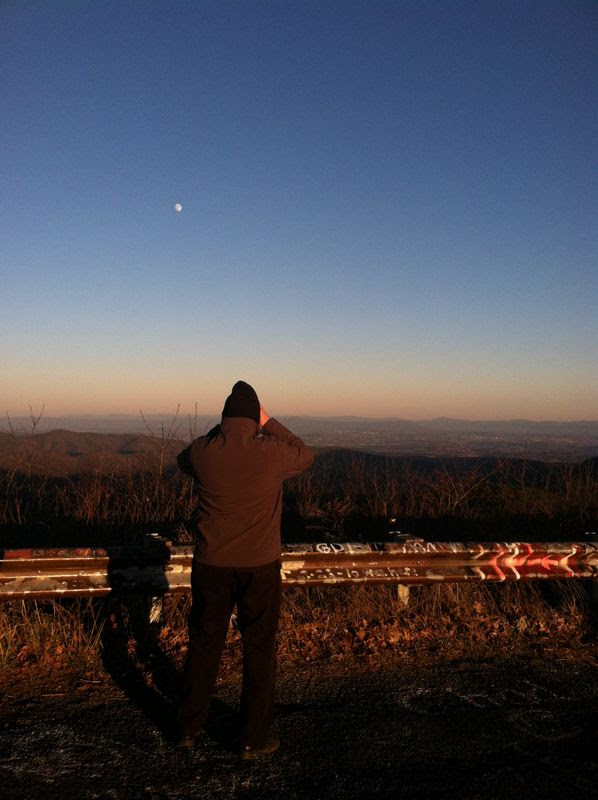 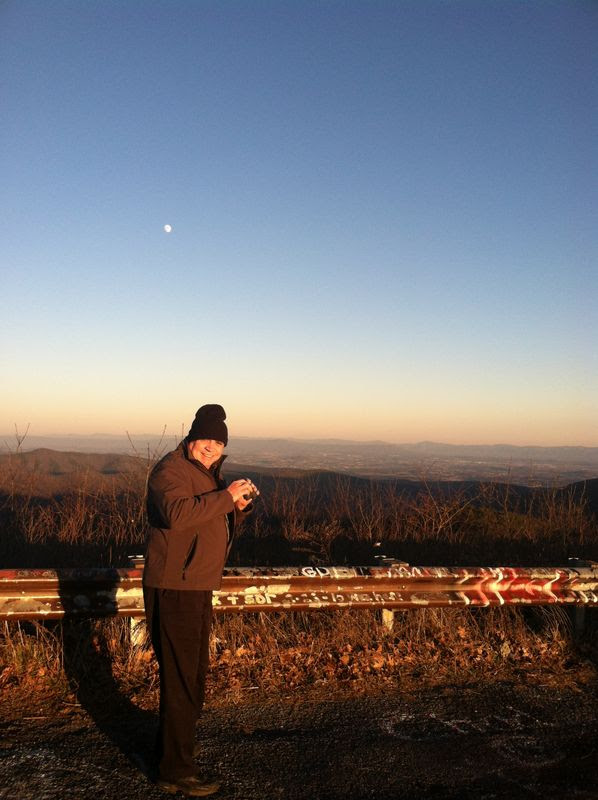 On the way there we passed threw the little town named Briary Branch where my Dad grew up.  Here is a photo of him standing in front of the house where he grew up. 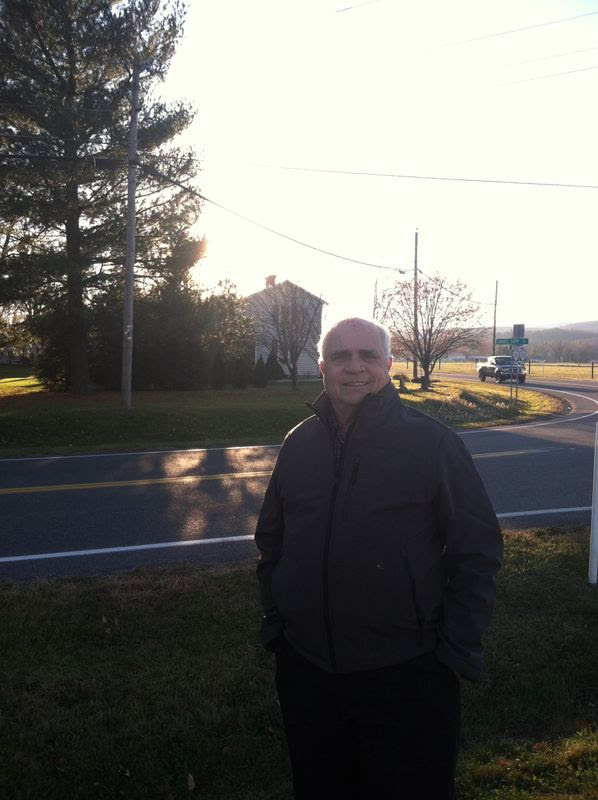 Along the way my Dad told me stories about every house or building we passed:  where friends he'd known grew up, or girlfriends he once dated lived, or places where he went fishing, or where there used to be a store where he sold walnuts he'd go gathering from the woods, or where his friend lived who's parents wouldn't let him join the Navy when my dad joined the Navy, etc.

On the way home we got very lost driving taking a different way on on mountain access roads.  My dad suggested the route saying “it's been a few years since I've been this way, and by a few years I mean over 50 years ago”.  As we were lost I realized too that my cell phone's GPS function was useless in areas where there was no cell service, which was everywhere in the mountains.  I was never worried though because we could see periodically hunters camping for the night. 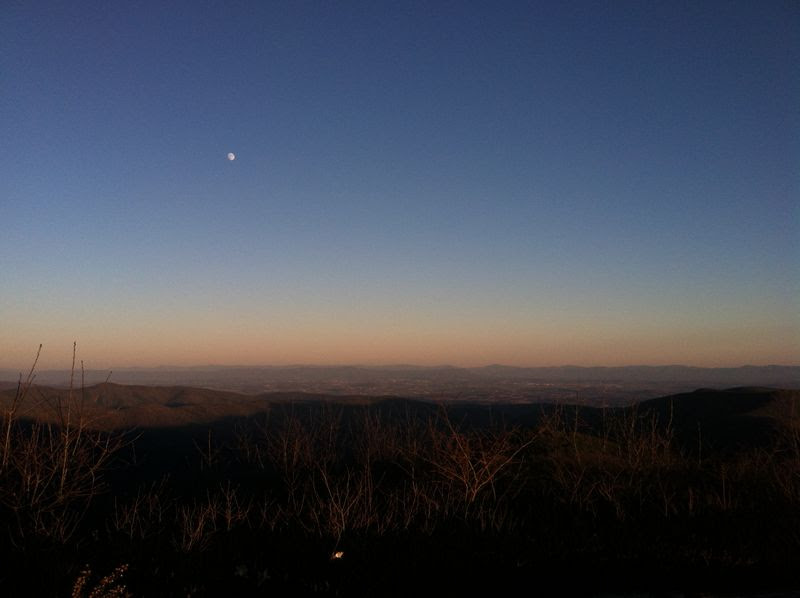 From Reddish Knob, looking east, you can see the entire span of earth where I spend most of my life growing up.  Looking to the east you can see a couple distinctive landmarks including Mole Hill (outlined in green in the closeup below), an inactive volcano that rises just to the west of town, and just to the east of town is Massanetten Mountain's peak which can just be made out from the Blue Ridge Mountains further to the east.  Massanutten Mountain bisects the Shenandoah Valley (see Google map below).  In between lies the city of Harrisonburg where I am from (outlined in red).

This is a picture of Massanutten Mountain taken from my brother's backyard (who lives just outside the city limits to the east of town, between Harrisonburg and the base of the mountain) 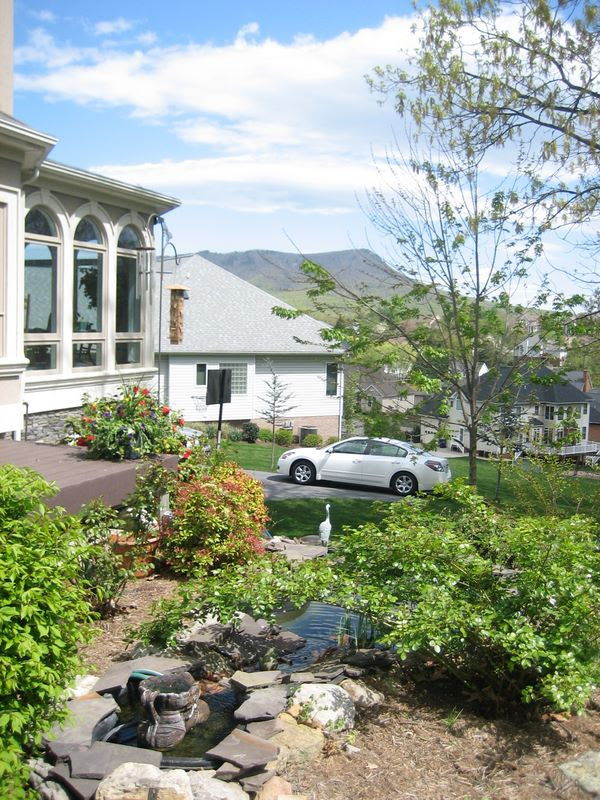 Recent Events - Family Trip to the Beach, and Visiting My Niece in NYC

It's been a LONG time since I've blogged about anything.  My excuse is that I’ve been pretty busy with work and also school.  I started taking classes last summer get certifications in web design and to learn a thing or two about making websites, which I certainly have in the process.  In the past year I've built over 10 websites for various Habitat for Humanity affiliates and organizations.

Click here to see all the Beach and NYC Photos

I also went on several trips recently.  Here are some photos from my trip to the beach with my family and photos of a trip to visit my niece who now lives in New York City attending NYU; she is a brainy creative kid.

The roof of her apartment has an awesome view of the city in all directions. 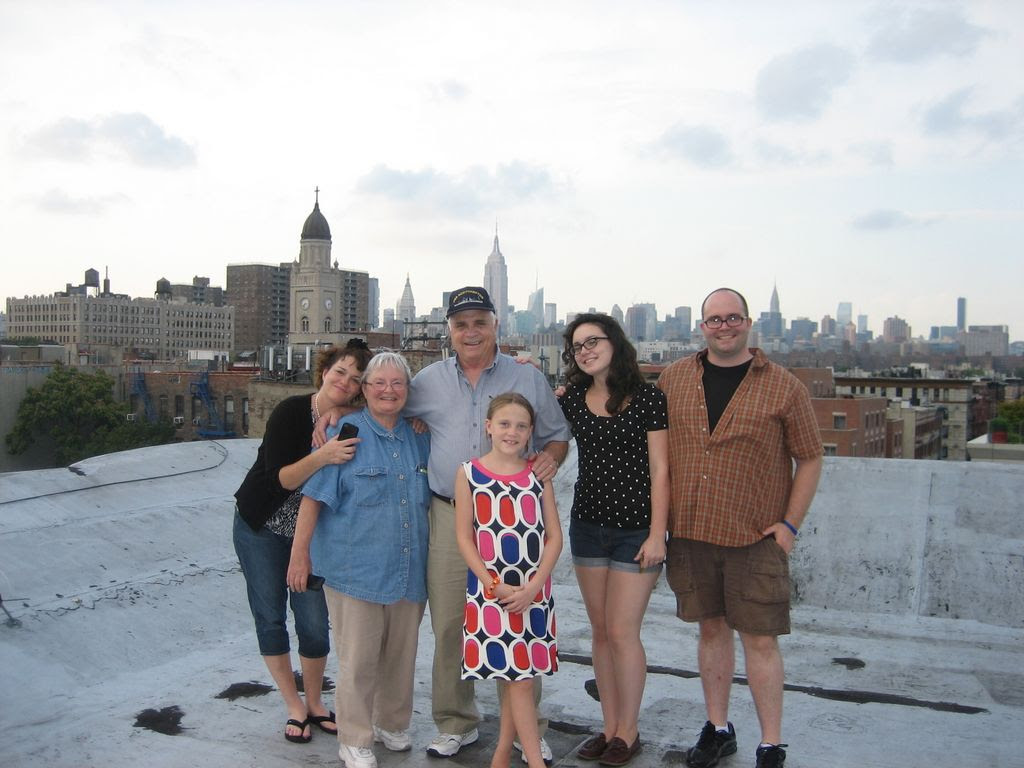 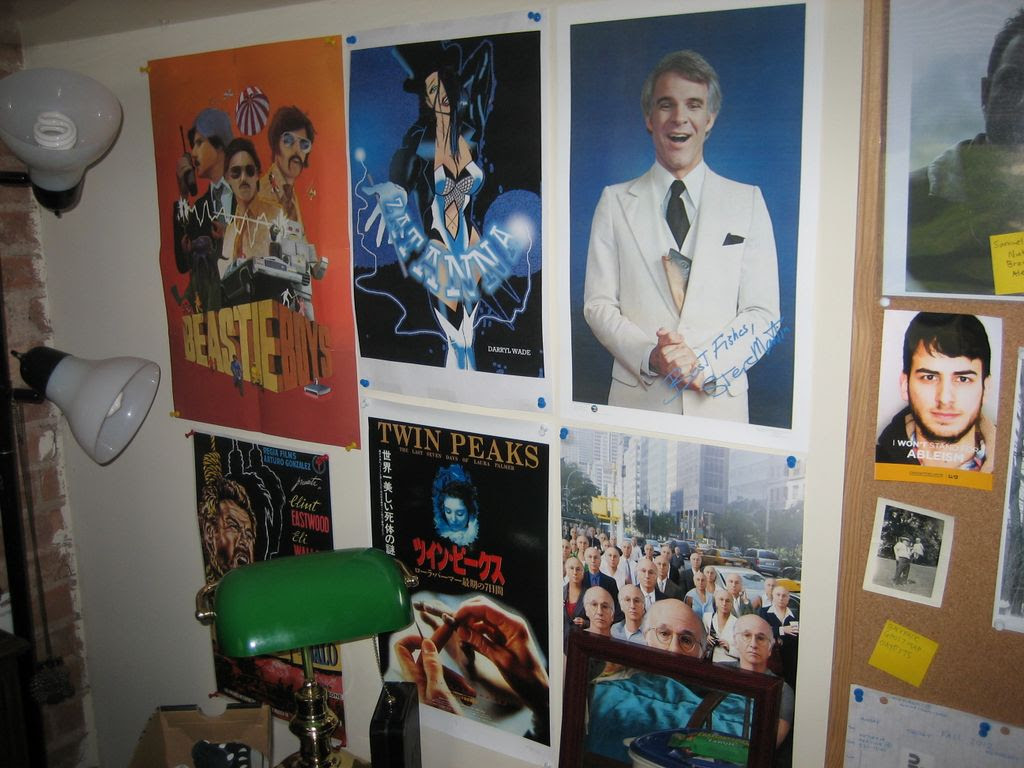 My Dad using his metal detector 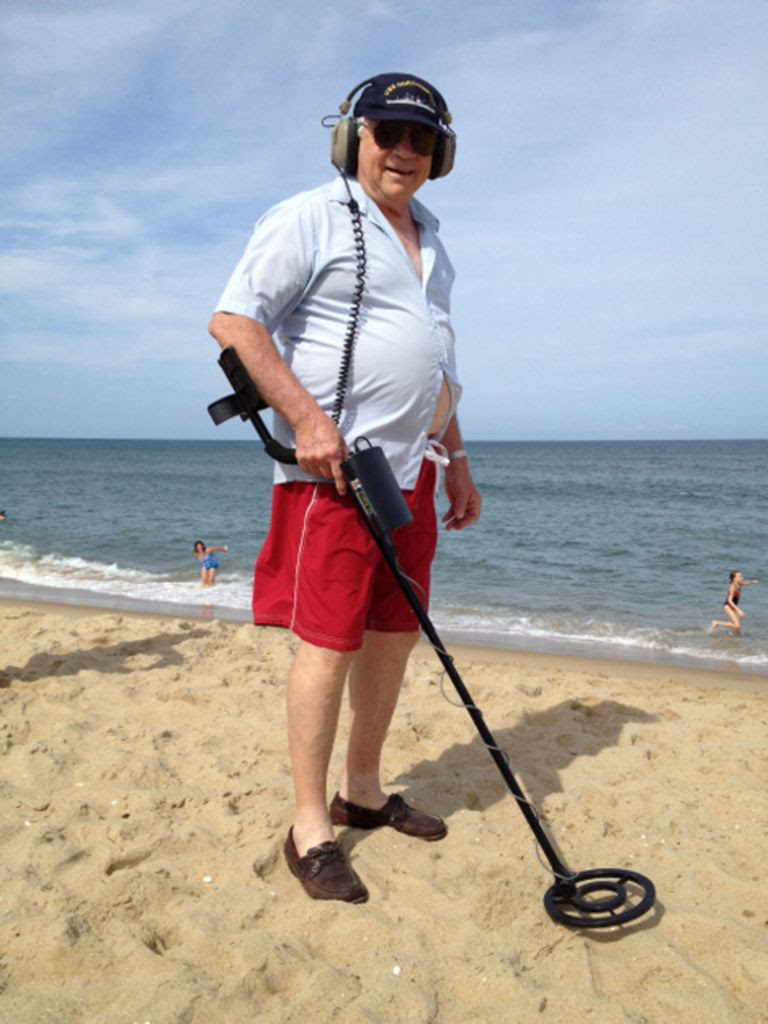 My whole family at the beach (wow there were a lot of us, the white shirts were a good idea) 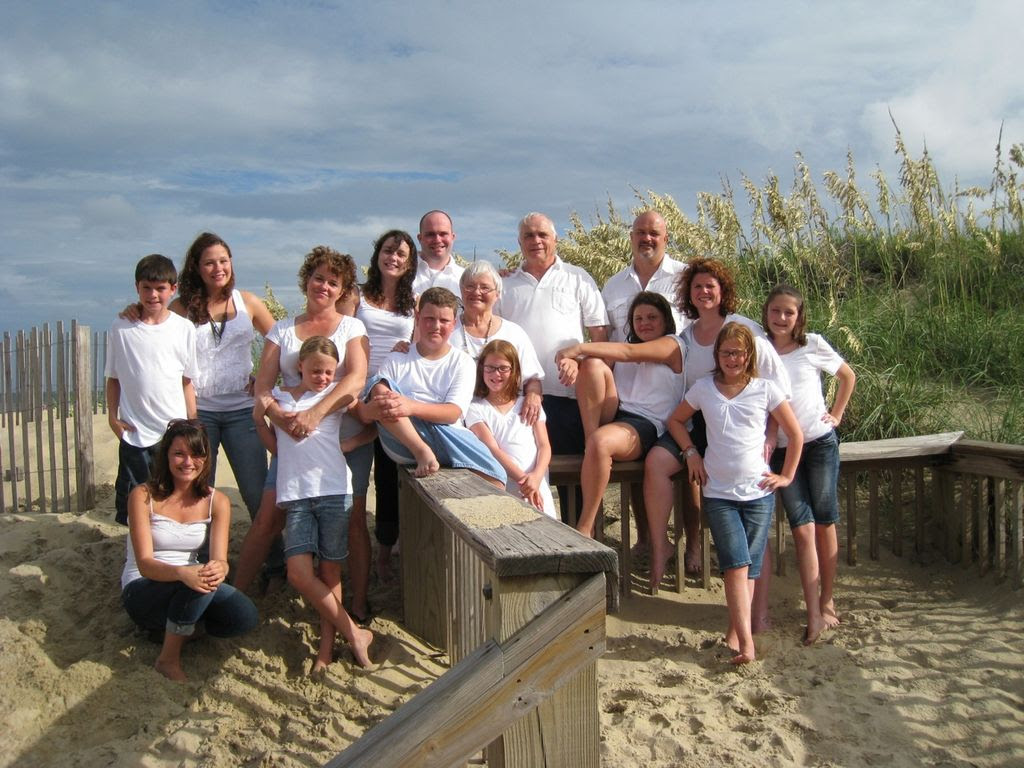 My brother recently remarried and his new wife has 4 kids of her own so there were a lot of us this year. It was a lot of fun even if pretty noisy.  Next year I'll bring some ear plugs ;-)