I haven't added photos in a while, so here are some recent photos from this Fall!

I made the gallery using the open-source BlueImp gallery software. It works great with mobile devices using swipe functionality.

For several years I've been creating album art work for my friend Brian's yearly Christmas music cd, which he named 'Christmix'. To up the game, this year's I've created a micro-site for the Christmix project, which I've loaded onto my portfolio site, here: dreamwithpixels.com/christmix

This year's cover is inspired by the Usual Suspects movie poster, but with the usual suspects being Christmas characters. It also features a caricature of Garrison Keillor, the genius behind A Prairie Home Companion, because of a track in this year's collection in his honor. Check out the Christmix site to see all previous album covers, and check out the music listings. We're planning to create play-lists to add to each album. 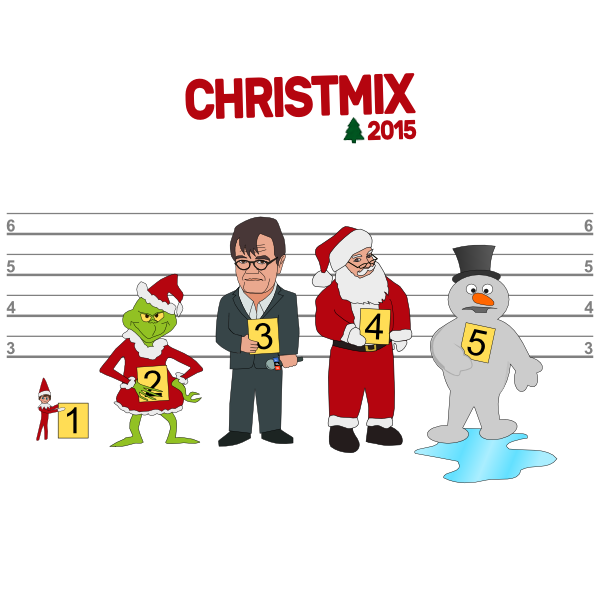 Jessica Jones is a show about a former super hero, with a very troubled past, turned private investigator. She has a brash personality and all the flaws you would expect from a modern-day female-version of Phillip Marlowe.

I've noticed that my favorite parts of the Marvel Cinematic Universe (MCU) are the parts that are different/weird. Guardians of the Galaxy was very unique, and a risky/brave step for Marvel. It turned out amazing (and successful in the box office). It is one of my all time favorite movies, and in my opinion was the best thing that Marvel has pulled off. Well that is until I started watching Jessica Jones.

Jessica Jones is also very different. It's dark ... really dark, and twisted, especially for a show that shares DNA with The Avengers, which is intended for all ages. Jessica Jones is not – It's content/themes are very much HBO-level mature. This in itself makes it pretty unique – the first main-stream super-hero show I can think of that is intended for adults. This gives the show a freedom to delve into far more serious matters/themes. The show deals with abuse, murder, addiction, PTSD, complex romantic situations (stuff that most cable networks would likely shy away from), etc as well as expected super hero stuff, but that is much subtler than what you'd expect from a character like the Hulk. This kind of setting, much grittier, more relatable, adds a lot of diversity and depth to the world Marvel is weaving together. It's frankly a breath of fresh air, and just the kind of audacious project that keeps something as bold as the MCU from becoming stale/predictable. Creater/producer/writer/show-runner Melissa Rosenberg (who previously ran the show Dexter) deserves a lot of credit.

The cast is amazing. Krysten Ritter nails the role of Jessica (she is more of a bad-ass than John McClain), as do all of the supporting cast, some of whom (Mike Colter as Luke Cage) will have their own shows within the MCU. The villain, Killgrave, is without doubt the most interesting and disturbing villain yet. The television series realm provides the necessary room for character exploration that just isn’t realistic in a feature film. This means we really get inside the head of all of the characters. I am only two-thirds of the way through the series and I already know it's one of the best shows I've ever watched. It ranks up there with Firefly and Veronica Mars.

Jessica Jones is connected with the broader MCU and more specifically with a few other Netflix series (Daredevil, Luke Cage, Iron Fist) that will eventually lead into a combined The Defenders series (much like Iron Man, Captain America and Thor lead to the Avengers films). There could even be a crossover between Avengers and Defenders at some point (maybe even Guardians).

Jessica Jones is not the only great accomplishment of Marvel this year. There was also Avengers: Age of Ultron and AntMan in theaters. AntMan, like Guardians, is a hilarious and unique adventure, and the best film I saw in the theater this year.