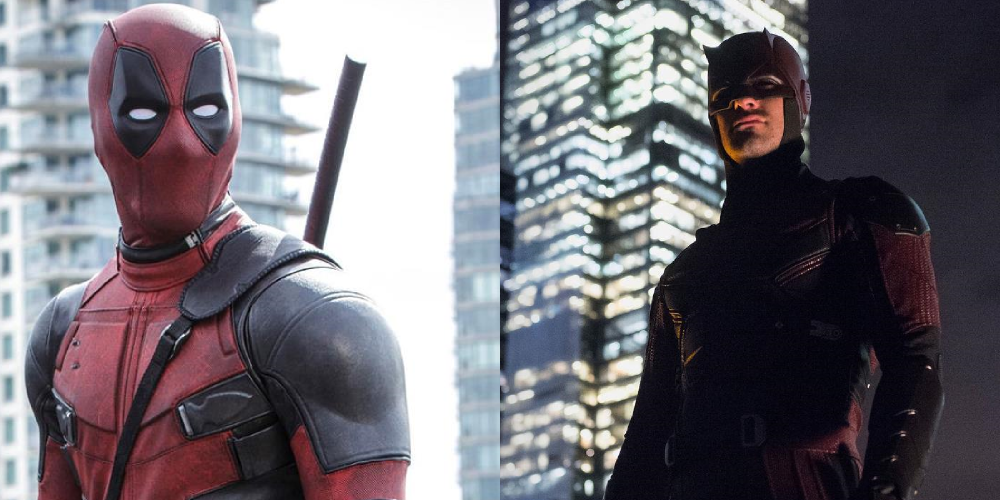 Lately we're starting to see some Marvel Super Heroes portrayed in a much darker light.

Last winter I got caught up in the Netflix show Jessica Jones, a series that is part of Disney's Marvel Cinematic Universe. (The Marvel Cinematic Universe includes basically every character who is not a 'Mutant' – 20th Century Fox owns the rights to those Marvel Comics characters.) What really drew me to Jessica Jones was its very dark and disturbing subject matter, which by the way earned it a TV-MA rating. Wile dealing with characters who have super powers, it also dealt with mature themes of grief, addiction, isolation, jealously, abuse, etc. This makes the characters more realistic and interesting. I really loved the show (you can read more about what I thought about Jessica Jones here).

Jessica Jones was so good I decided I had to give Daredevil a try. And not surprisingly, Daredevil is also a great show, for many of the same reasons. The two shows are unique, but what they have in common is that they focus on one character (and their supporting friends) as they deal with every day life, while working to combat villains who may not be as obvious as Loki or Ultron, but are just as corrupt and dangerous.

A Man With Principle

The Catholic aspect of Daredevil makes the show a little more interesting for me personally. It adds an element of inner conflict for the hero, feeling the strain for doing what's ethically right verses doing what is necessary to stop injustice. Daredevil is the alter ego of Matt Murdock. Like Jessica Jones whose day job is being a private investigator, Matt also has a day job, which is being a Lawyer working for the disadvantaged in Hells Kitchen in NYC. Matt happens to be blind due to an accident in his childhood, but which also gave him incredible powers of sense with his other four senses, which he has kept a secret even from his closest friends.

Most of the time Murdock is trying to track down and stop the one responsible for increasing crime and injustice in his corner of the city. That person is Kingpin, a secretive and powerful figure who runs a world of greed and corruption. He seems to have infinite resources and control over the city, with many of those charged with protecting the city in his pocket. Ironically, he sees himself as a savior of the city, trying to rebuild it into a brighter tomorrow. But his means to an end lack any sort of humanity.

Murdock gets help from his friends, who while unaware of his secret, are also trying to find a way to bring to justice those who are inflicting pain and cruelty to the city. Being TV-MA, and being a full series, allows both Daredevil and Jessica Jones to dig deep into difficult subjects and relationships, such as: divorce, honestly, guilt, police corruption, the principals of traditional journalism caught in the economics of new technology, etc. This gives the comic based TV series a real edge over their feature film counterparts.

By the way, Netflix must realize they have struck gold with their deal with Disney to distribute these shows set in the Marvel Cinematic Universe.

A Man Without Principles

When I think of the character of Wolverine, there is no actor other than Hugh Jackman that feels appropriate to portray him (when I was a kid, I thought no one other than Clint Eastwood could pull of the role). I now would say the same thing about Deadpool. Ryan Reynolds is as suited to play the part of Wade Wilson as Jackman is to play Logan.

The movie X-Men Origins: Wolverine was not great. But it can be regarded as the movie that spawned two great follow-ups, which in my opinion are the two best films in the X-men series – The Wolverine and Deadpool. The character of Deadpool/Wade Wilson was introduced in Origins, and Reynolds was one of the best parts of pretty lousy film. Luckily, the X-Men franchise rebounded with First Class and the events of Days of Future Past presumable undid the unfortunate fate of Wade Wilson in Origins, leaving his character available to be rebooted in a much better film.

Deadpool, like Dare Devil, also deals with injustice, but from a far less altruistic point of view. Unlike Matt Murdock, Wade Wilson does not strive to be a good guy. He accepts the fact that he's no hero, he just wants to make those that are a lot worse than him face justice, by any means necessary, and without remorse. But most importantly, he just wants to get his girl back. That's really the whole point of the movie: it's a love story, a very disturbed, bloody and violent story of true love. But the simplicity of his motivation is by no means a detraction to this film.

One of the things that makes Deadpool unique are the jokes. Most comics seem to have at least some level of humor, but nothing compares to Wade's incredible sarcastic and cynical sense of humor. This is especially possible because of another very unique characteristic of Deadpool – his character breaks the 'fourth wall' (ie he talks to the comic reader, or in this case, the movie-watching audience) throughout the film, which allows for another layer of jokes at the expense of not just the characters in this movie, or elsewhere in the X-Men universe, but even non-Fox-owned Marvel characters and DC Comic characters alike, or even figures of pop culture and current events. The jokes have to be good for this to work, and they really are fantastic.

Note: This is the first X-Men film not to have at least a cameo of Wolverine – although he gets one or two very funny mentions along the way.

This is the first R-Rated Marvel movie, and as such it's intended for a mature audience. And Deadpool does not pull any punches when it comes to the content of this film. The profanity, the nudity, the violence are all very gratuitous. Based on likely box office results, I doubt this will be the last R-Rated Marvel film.