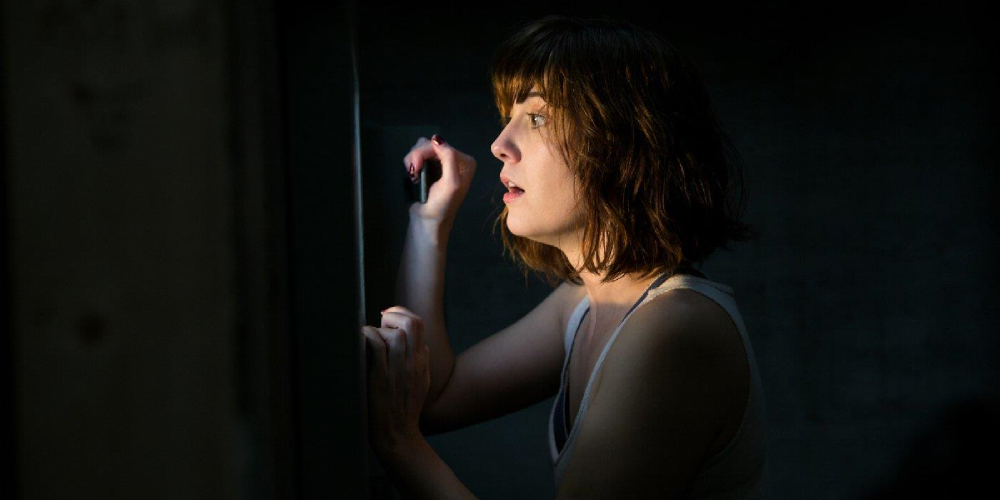 Well I just saw the Cloverfield Sequel. 10 Cloverfield Lane is an excellent sci-fi/psychological thriller. I think it's a superior film to the original Cloverfield in many ways. This is thanks to a great story, and excellent acting. The best thing about this new film is that it opens the door for more films each with their own spin on the disaster genre. Cloverfield is now a brand.

Most of the film takes place in a survivalist bunker, where Howard (played by John Goodman) an extremely paranoid middle-age man, has prepared for a major attack. The bunker is also occupied by two younger survivors who are not exactly free to leave: Michelle (played by Mary Elizabeth Winstead) who has just woken from a car crash, and Emmet (played by John Gallagher), who as it turns out, chose to be in the bunker after seeing some of the attacks as they began.

My wishes for the character of Howard to have a connection to Super 8 didn't really pan out, and Howard actually turned out to be a far more disturbing character than I expected. And that's ok, because it's what makes this movie a nail-bitter. He really is the monster of the movie, a much more terrifying monster than Clover in the original film, or the other terrors that lurk near 10 Cloverfield Lane. It's Mary Elisabeth Winstead who really steals the show, as a very resourceful hostage plotting her survival. I found myself en the edge of my seat almost all of the movie while she dealt with the terrors of being a captive in Howard's world. John Gallagher was also really good in his supporting role. You feel bad for him, knowing he's been duped by the mad Howard, and he pays such a price due to Howard's cruelty.

Some reviewers/commentors online seem to be concerned that there is little connection between the two films. In reality there was never supposed to be a lot of connection, or it was never meant to be explicitly clear. But there actually are pretty clear connections – especially if you pay attention to the alternate reality online games that connect the two films. In the original Cloverfield it is revealed that the character Rob was going off to Japan to work for a company that was in some way connected to a mysterious Japanese conglomerate named Tagruato. The alternate reality games reveal over time that the company had made a significant discovery at one of its deep sea drilling stations, which could be assumed to be instigating the events in both films. In 10 Cloverfield Lane, there is a brief moment where the character Michelle stumbles onto some correspondence from Tagruato to Howard, who was at one point their employee after a stint in the US Navy. That aside, in the film there are mentions to attacks happening on the eastern sea board, which could be the attacks from the original film. Not to mention, the overall theme is very similar: Unknown supernatural/alien forces are wreaking havoc on society.

It's interesting that the director Dan Tractenberg had previously made the well-regarded Portal fan film, as so much of the Cloverfield franchise is aesthetically similar to the Half-Life franchise. There is definitely room for a cross-over.

Ironic movie trivia: Mary Elizabeth Winstead, who played John McClane's daughter in the recent Die Hard films, gets her own turn finding out what a TV dinner feels like as she navigates the air vents of the bunker. 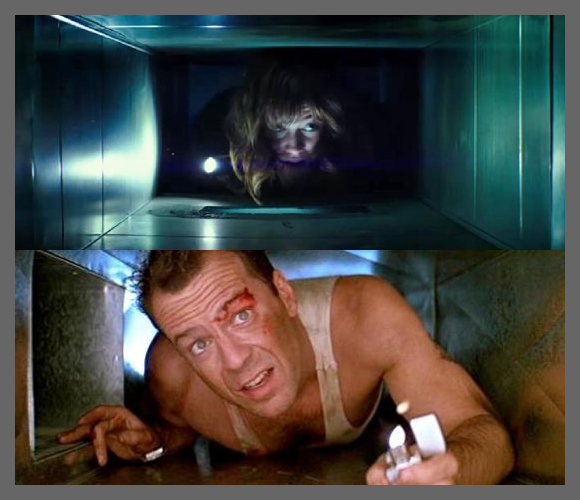