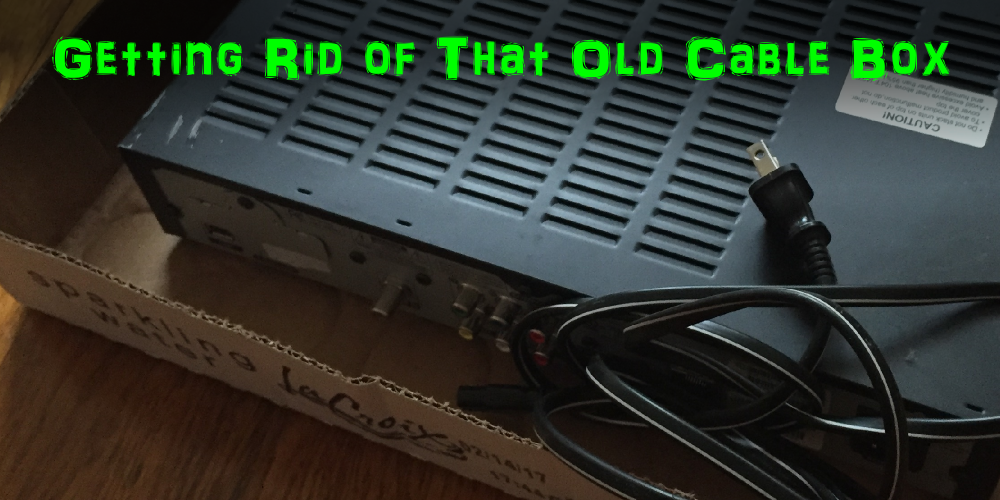 I've finally taken the plunge and cut my cable subscription. I was a cable subscriber, but after persistent price jumps it just didn't seem like a value.

I was a little apprehensive to give up cable, but with devices like Roku and Apple TV, and online options like Netflix, Hulu, HBO Now, and Sling TV, it's a lot easier to cut the cord. All you need is a decent internet connection. TV is now more accessible than ever, leaving cable boxes and subscriptions in the dust. The key is getting the right set of apps to suit your needs.

For me, Netflix is the best entertainment app, having overall the best selection of shows. And there are no commercials. Netflix also offers a great selection of originals, with shows like Orange is the New Black, Unbreakable Kimmy Schmidt, and the Marvel Cinematic Universe television shows such as Jessica Jones and Daredevil. They keep coming out with new shows that look great, and they are not afraid to take risks on par with HBO. I'm really looking forward to the re-imagined Voltron, and the 80s supernatural mystery Stranger Things.

Speaking of HBO, the HBO Now service makes it much easier to give up the relationship with your high-maintenance cable provider.

Hulu seems to have the best selection of shows you'd find from networks, and also a decent library of films. Hulu also now offers a commercial free option similar to Netflix, but it is somewhat more expensive.

Sling TV offers live television for only $20 a month that includes some of the best channels you'd find on cable (TBS, AMC, Comedy Central, TNT, CNN, ESPN, etc). For me, this was what really made cutting my cable subscription seem like a no-brainer. Sling allows you to add on some extra channels a-la-carte style if you're intersted.

Comparing costs. At first cable will try to sweet talk you with a cheap monthly cost. But after a time they often raise their rates, and may not make it clear what the price will be after the promotional period. A full cable subscription can cost well over $100. Whereas with streaming apps (and a cheap antenna for local over-the-air broadcasts) you can spend a lot less, even cut your costs by half.

And since you're using technology like your smartphone, you can access your content pretty much anywhere. The best thing about these services is that you can turn them on and off whenever you want, so no need for uncertain contracts, or glitchy cable boxes.

I'm really excited that Google Fiber is coming to Charlotte, and for the competition this forces upon the internet providers. I've already noticed that local internet providers are offering big upgrades in internet speed for free. Competition is always a good thing.

There are a lot of cross overs between Hulu and Netflix, such as: every Star Trek series, Firefly, Parks and Rec, etc. But the excellent original content on Netflix, plus the amount of shows that are exclusive to Hulu make it easy to consider having both.