The Rise of Cinematic Universes 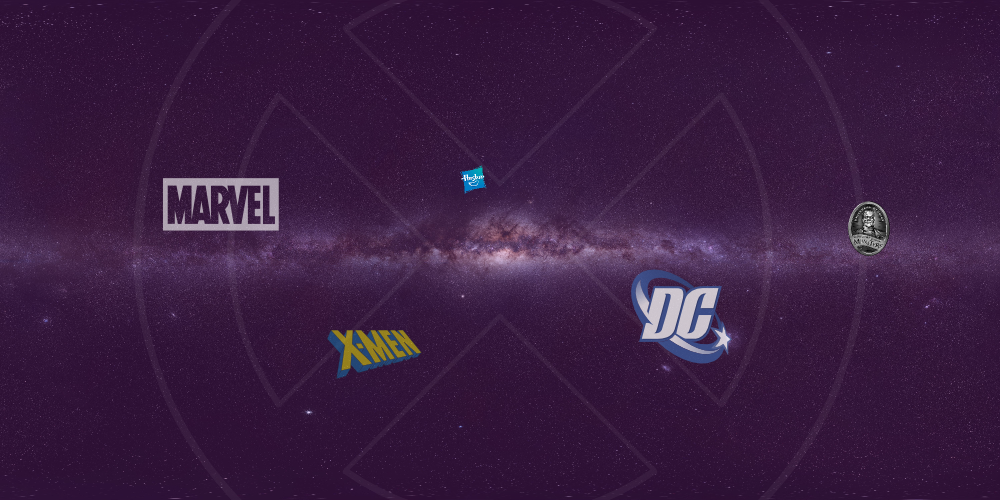 In recent years there has been an increase in cinematic universes—collections of films that share the same world. Shared fictional universes have been existed in literature throughout history. For example: J.R.R. Tolkien's stories all exist in the world of Middle Earth.

Although technically shared cinematic universes have been around for some time, with Godzilla vs King King in the 1960s, and even earlier with Universal's Monster movie films, it was Disney and Marvel that really brought to life the first epic connected universe of films, the Marvel Cinematic Universe. Unfortunately Marvel and Disney can't unite all of the vast catalogue of Marvel characters. Any Marvel characters whose powers are derived from mutations fall under the domain of Fox.

Disney and Marvel are working with all of the non-Mutant Marvel characters in the Marvel catalogue, and in some cases non-mutant versions of characters (such as Quicksiver, who has appeared in both the X-men series, and the MCU). Marvel has worked a deal with Sony (who had exclusive rights to the characters in the Spiderman series) to bring Peter Parker into the MCU. His first appearance was in Captain America Cival War, the most recent Marvel Film.

Fox is also expanding the X-Men/Mutant cinematic universe, with the recent Deadpool spinoff and plans for films based on Gambit, in addition to a last stand-alone Wolverine film, and future X-Men films.

DC Shared Cinematic Universe—DC/Warner Brothers are trying to copy the success of Marvel/Disney with a shared cinematic universe of their own. This began with the Superman reboot Man of Steel.

Universal's Monsters—Universal is rebooting it's Monster series of films into a shared world of films.

Transformers/G.I.Joe/MASK/etc—There are rumors also that Hasbro is working on it's own cinematic universe, which would combine G.I. Joe with Transformers and MASK, etc.

Really with the popularity of cinematic universes lately, anything could happen. Patton Oswalt explains in this hilarious Parks and Rec rant.

Image of Milky Way from European Space Observatory | CC BY 4.0