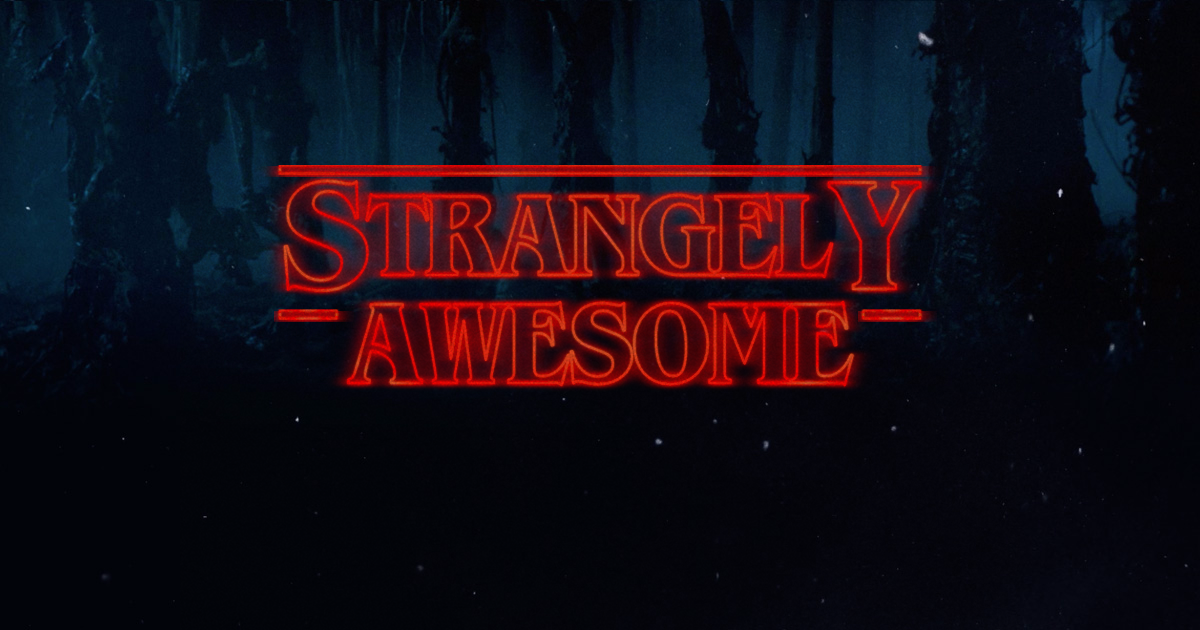 The real surprise hit this summer was the show Stranger Things on Netflix. From the moment the first trailer was released, I knew this was going to be an awesome adventure. I've watched the trailer several times, and even after watching the show from beginning to end, the trailer is still captivating to me. I guess that's the mark of a good trailer.

There are too many reasons to fully explain why Stranger Things was a huge success (just read this blog about the opening credits), but here are a handful of reasons I found it wonderful. For starters, it is a perfect depiction of childhood in the 1980s. From the locations, the clothing, the vehicles, it all felt meticulously honed in on the details of that time, making it seem exactly like it did to be a kid in the 80s, a pretty awesome achievement on it's own.

Maybe the most important aspect of Stranger Things that makes it such a hit, is that it follows three separate and equally interesting storylines, providing three distinct points of view of the same events. These points are view are unique by their age group (elementary age kids, teenagers, and adults) with each group experiencing other drama appropriate for their place in life. This is helped a lot by the fact that the show has an amazing cast. I was particularly impressed with the performance of David Harbour as the sheriff, but everyone is really solid.

Another strong reason the show is great, is the spooky synth-laiden soundtrack, which can go from mixing ethereal and ominous tones to dancing around whimsy or melancholy innocence. As I get older I increasingly notice the role a soundtrack plays in the experience of a movie or show, and here is a great example. Trivia: the OST comes from a LA-based group that goes by name SURVIVE, here is their Bandcamp page where they have a lot of other interesting music available for purchase. Read more about the group here.

If I have one lament about the show, it's that I wish there were two to four more episodes. They kind of wrapped up everything really abruptly at the end. And there were some loose ends not perfectly explained. Maybe that's on purpose. After all, season 2 was recently announced and they need something to bridge the story from the first season. Here is a very exciting trailer for season 2, which cleverly reuses the opening theme style of season one with the episode titles for the upcoming season. Just seeing the first episode title “Mad Max” lets is know that the creators are well on their way in the creation of season 2, and that is likely a lot more 1980s nostalgia to explore. We also know that the show will take place roughly one year following season one's events. I can't wait.