Whether it was intentional or not, the relevance of Eggos in Stranger Things season 1 was a brilliant piece of product placement. I've had quite a few Eggos after watching season one (I tell myself it's out of solidarity with Eleven). Really they are the perfect food when your on the run in a parallel universe.

Netflix just released an awesome trailer for Stranger Things Season 2. And it's also pretty much an ad for Eggos.

The trailer for Season 2 begins with an actual Eggos commercial from the 80s. Their twitter stream is certainly taking advantage of the publicity. It looks like we'll have to follow Eggo for clues about the next season.

This screenshot has some clues I noticed in the trailer: 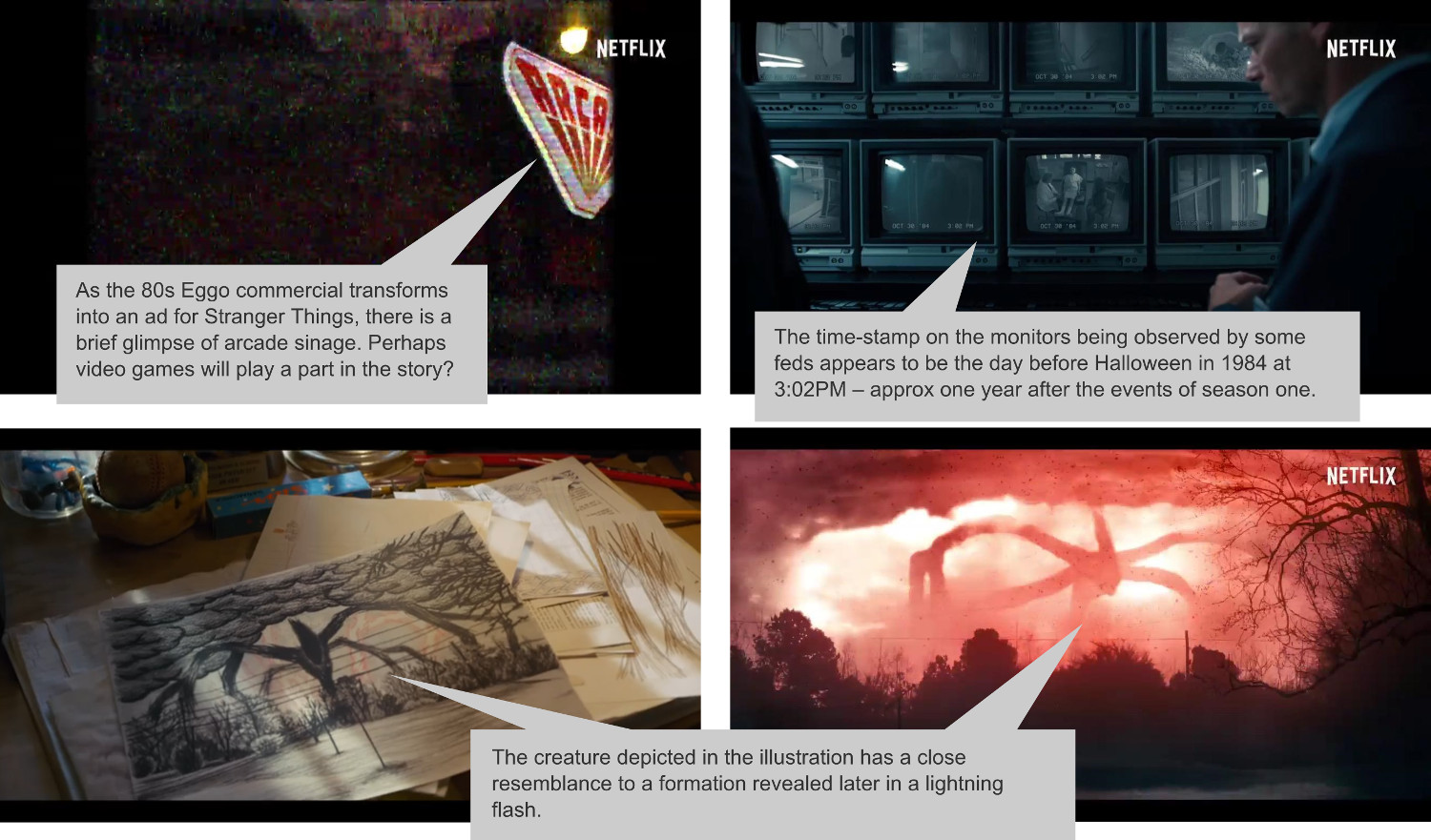 But there might even be more clues in these tweets by Eggo: