Who will be the next console champion


About 9 years ago I wrote a blog post predicting why the Nintendo Wii would win the war of the 7th generation of video game consoles. And it kinda did, at least in terms of hardware by selling a tremendous amount of units, over 100 million (by comparison the Xbox360 and PlayStation 3 each sold around 84 million, which was not too shabby).

This was great but in itself is not really winning, because the real money comes from licensing the software that runs on the platform. Where the Wii excelled was in it's innovative controls, specifically thanks to the Wii remote and nun-chuck. The wii remote opened all sorts of exciting new interactive opportunities. Problem was, the only games you really needed to make the most of the Wii experience were the ones that came bundled with the product. Development from third party game creators never really materialized for the Wii due to the systems limitations. The Wii hardware was a success, but revenues for games licenses would never match that of Microsoft or Sony.

Now that we're a couple years into the 8th generation of consoles, the Wii's successor, the Wii U has only sold a tenth of the original Wii's numbers, which is sad because the Wii U is a fantastic machine. The Wii U's controller contains a second screen making the experience of using it more like the two screen experience of using Nintendo's very popular DS portable gaming device. However, Microsoft has already caught up to Nintendo, and Sony has more than doubled Nintendo in units sold.


This time Microsoft and Sony's approach is as it was for their 7th generation systems – build high powered consoles, to appeal to the hardcore gamers. The PlayStation 4 differs in that it is focuses more on the just that, a high power system for gamers, and the Xbox One is attempting to be an all purpose media center. But overall, these systems are essentially improved versions from the last go around.

While many analysts and video game industry insiders have forcasted Nintendo's inevitable demise as a hardware manufacturer, and conversion to being just a game developer (much like what happened to Sega following the Dreamcast), I believe they are seriously underestimated the companys tenacity for innovation and producing games that are fundamentally enjoyable on the most basic levels (and remain so decades later). Nintendo has a certain magic in it's game making ability that few competitors can match.

Nintendo machines may not have the same horse power as their rivals under the hood, but they don't need to, because their great strength is in the story telling and that highly enjoyable nature that is ingrained in the games Nintendo has been crafting for decades. Their catalog of intellectual properties are a museum of the best of video game history.

I think as a software and hardware manufacturer, we can expect to see Nintendo in it for the long haul. Fans are already excited for what the next Nintendo console (code named 'NX') will over, and there is still much to come for the current Wii U system's legacy, including the upcoming vast open world of the next Zelda game – that could be the Killer App that gives life to the Wii U. Time will tell.

There may be a new contender for the champion of this generation of video game consoles – a company that, like MS and Sony, is both focused on the market of serious hard core gamers, and as with Nintendo, a company who's sole focus is gaming. Valve, the creators of the Half-life series of games, and developers of online streaming service Steam, a convenient distribution method for gamers to purchase games from many publishers, is developing an open gaming platform that will work on many different machines – the Steambox.

True hard core gamers have always preferred PCs over consoles because of the pure power possible on PCs that just cannot be matched on consoles. Valve is bringing their Steam platform from PCs to the living room with the Steambox open platform and handing it over to system makers to create a variety of devices to match consumers desire for the latest and greatest specs.

Integral to this is the development of the Steam controller which provides the ease of a traditional console controller but with more advanced functions that mimic the options of a desktop environment. This advanced controller could be the make or break for the Steambox. Either way, the prospect of PC quality graphics in a living room environment should provide serious competition to Microsoft and Sony. Valve, like Nintendo, has a solid collection of intellectual property that continue to offer worlds of fun. It would be worth getting a Steambox just to play Half Life and Portal in HD on your living room screen.

One of the things I've been busy with is a new personal portfolio website - Dream With Pixels.  It's kind of a place to showcase a little of my work - mostly fun projects I have done with friends and web work I've done for Habitat.

One cool example is this map I made of uptown Charlotte:

And another is this map I made of Purcell Park:

Anyway, I will say I am looking forward to lots of movies coming up!  First on the list: The Martian!  (The book was SO GOOD!)

And after that, we have the new James Bond, the list Hunger Games, Star Wars Episode 7, just to name a few.  It's going to be a great Fall for movies!

Also of interesting note:  Today I experimented with Virtual Reality (VR) for the first time ever trying out the free Google Cardboard app.  It's totally awesome!!!  Walked around Paris a little quickly getting lost, checked out some museums, and stood on Mars.  All without walking into a wall in my apartment. 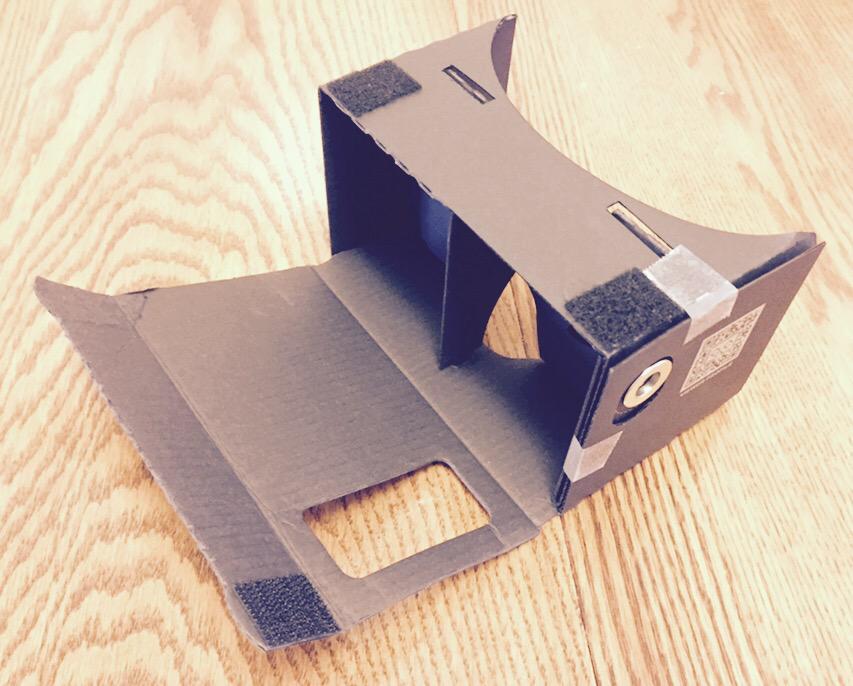